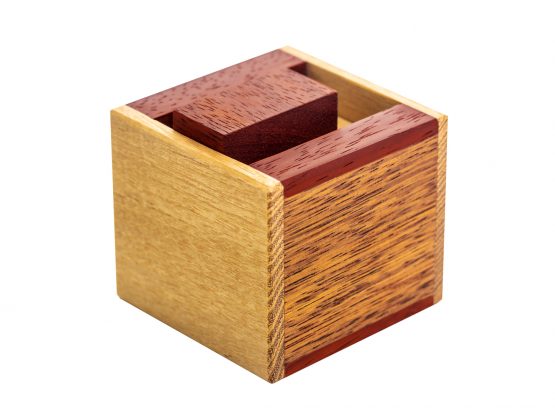 “I was very pleased to receive the Puzzlers' Award and Jury 1st Prize at the Nob Yoshigahara Puzzle Design Competition 2020. EUKLID FOR KIDS with its simple box and only three simple blocks was meant to have an unconventional solution. As children do, the interplay between the blocks and the box was meant to be curiously discovered. In doing so, I had left out a feature of the blocks in order to make the solution easier to see. In the revised edition, I have incorporated this feature. This second edition is for real discoverers. The parts made of padauk and acacia have been swapped to distinguish between the two editions.”